Pretty Paisley began in January 2013 as an adventure in making budget, hand-dyed wraps and mei tais affordable to local caregivers. Based in Northern Utah, Jillian, who was an admin, leader, and educator for her local group at the time, absolutely loved babywearing but, like many caregivers, could not afford all of the gorgeous things that she wanted. Instead, she learned to craft them herself. She began by dying Osnaburg fabric for wraps and learned how to sew her own mei tais. Jillian, who loves everything paisley, decided to name her new business after that love and her goal to make all things pretty, thus Pretty Paisley was born. 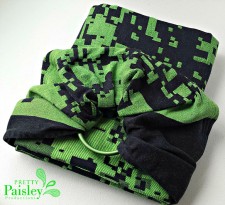 As her business in dying Osnaburgs picked up, Jillian stumbled across another small business called Wood-N-Woven, where she met fellow artisan and hand weaver, Elspeth. They teamed up for their very first project, Elspeth weaving a plain fabric to be hand dyed by Jillian, and when the preorder opened for their new creation it filled up faster than they had ever anticipated. In fact, they extended the preorder for almost 5 months! A beautiful partnership formed and these amazing ladies have been creating outstanding handwovens ever since. 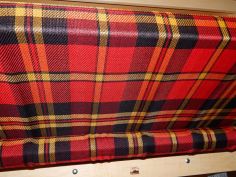 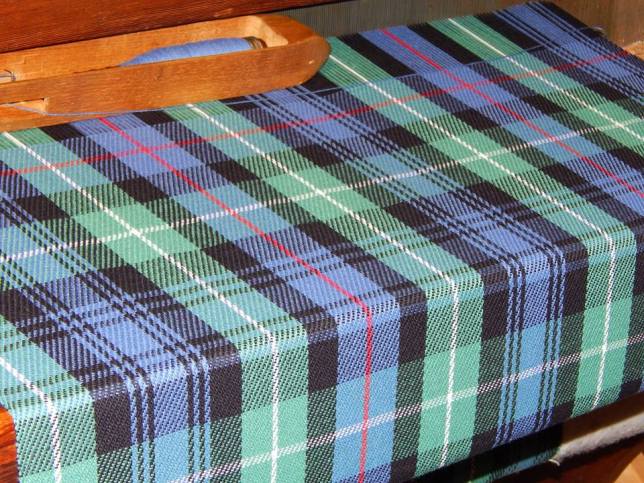 What makes these wraps so unique from other handwovens? Pretty Paisley specializes in tartan patterns, something not common in the handwoven world heavy with pebble and crackle weaves. While this small, up and coming business does do other designs and patterns, including the aforementioned weaves, the workhorse of the business design falls to its tartan patterns. “Tartans are gorgeous and complex,” says Jillian. “Our Clan Tartans are historically accurate and from what is available in the public domain.” For a wearer such as myself, of Scottish decent, the idea of having a legacy wrap in my family’s clan tartan is very endearing. 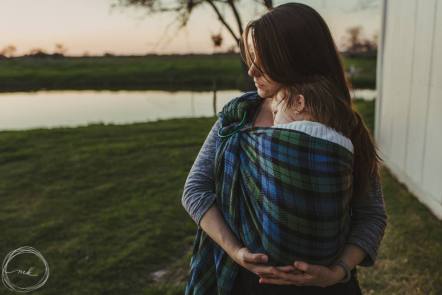 To add some flare to their tartan specialties, Pretty Paisley has pulled inspiration from the world of movies, television shows, and books. Fandoms, such as Harry Potter, Doctor Who, and Lord of the Rings, have been explored and have been met with much enthusiasm by wearers. Though ‘much enthusiasm’ may be an understatement; three warps of wraps and two warps of blankets have been made for their latest Harry Potter project, a wrap known as ‘The One Who Lived’! This special tartan is in such high demand that they could do another dozen warps and probably still not fill the request list! The world is full of geekery, and the babywearing community is no exception to this! 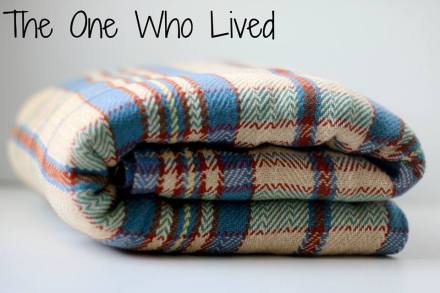 My first introduction to a Pretty Paisley handwoven was at a meetup for my local babywearing group, the same group in fact, that Jillian herself once lead. One of my fellow educators brought in a beautiful tartan ring sling that she had just received, its extra tail length swirling around her ankle. I had not yet heard of this company before and was immediately impressed by the quality of the work and, more than anything else, by the design. My intrigue was further piqued when I learned that this particular tartan pattern was Harry Potter themed; my own geekery knows no bounds! I was hooked and once I started digging in, I wanted to try everything! I have had the wonderful opportunity to meet Jillian in person and, after my fangirl moment had passed, I quickly recognized just how fun, down to earth, and sweet this gal really is. She is very humble and I don’t think that she is aware of just how amazing and far reaching her work really is. To her it is fun and rewarding, something that she enjoys creating for caregivers out of the sheer joy of doing it. She has found a great partner in Elspeth, who Jillian claims, “is such a blessing to me and she makes the most gorgeous things out of simple material and puts her whole hear & soul into it.” Whether she realizes it yet, that makes two of them. 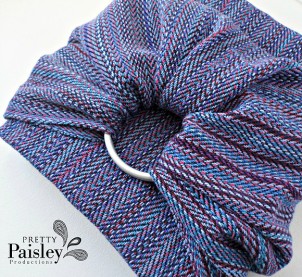 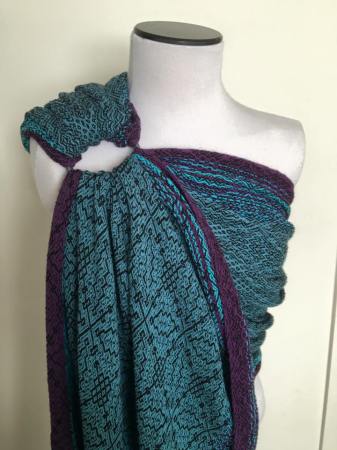 ** Photos courtesy of the Pretty Paisley website and media pages, including photos from Nicole Riggs Photography